H#shambala are following in the footsteps of festival creative inovators @shangrilaglasto & running a competition to win a chance to install a nano venue  at the 2016 festival.
Great for an in for up to 6 people to a realy cool festival. Not so good if you need to earn a living. So on the spirit of the #daretodream project Ive decided to open the doors of dare to dream to the winners - scroll down blog to find out more.
Dare to dream has provided full production to events that now have exceeded 10s of 1000s of visitors. #becausewecan - so go ahead apply & we will be happy to suply
http://www.shambalafestival.org/competition-run-your-own-venue-at-shambala-2016/
no excuse not to dazzle the old school now!

Luminaire  London - I only got to see  one one, but had endless people telling me it was a let down & I was frankly shocked at the installation on Westminster Abbey. We are london - an iconic city - an iconic building - is this the best the Uk has to offer? From the rest I can see some are big companies capitalising on an opportunity to market technology to a corporate market -about as far removed from art is I can imagine. One installation was on a high value corporate I was involved in last year - PR stunt for the launch of a whiskey.
Shocking if we invested a fraction of the budgets & funding on actually artist perhaps we could again be great leaders.
Posted by Unknown at 04:40 No comments:

Can't wait to start on this with the talented Joanna Peacock.
The last time we played together we won  an award & with joanna's current spate of awards for wearable Art. 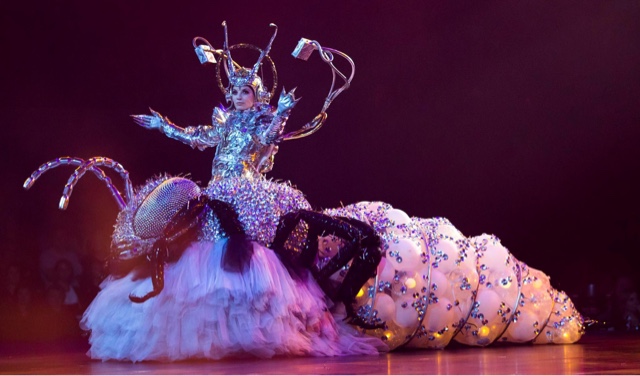 I can't wait to start making some awesome stuff with her. Astral are again main technical sponsors if the event with AM-PM providing projection & media.
http://www.chelmsford.gov.uk/HalloweenAtHylands

A cracking time was had by all during #freshersweek
at #canterburyuni. 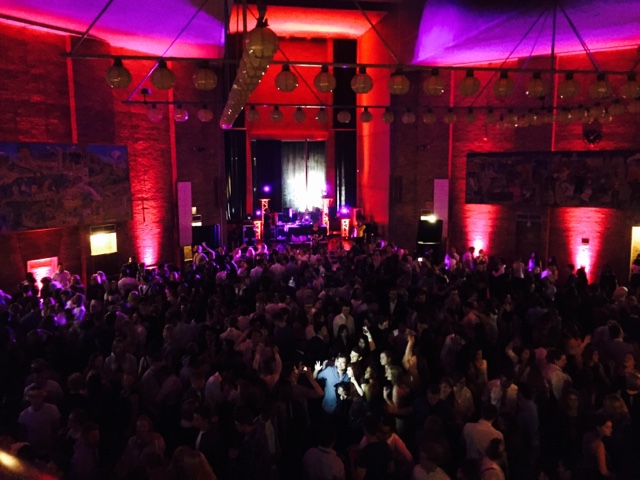 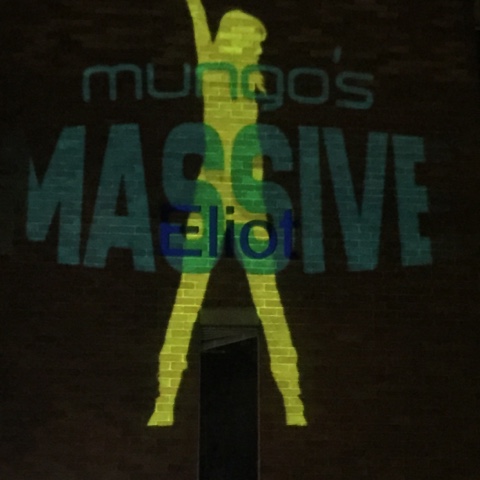 What a great opportunity to bring Tankon to life in light 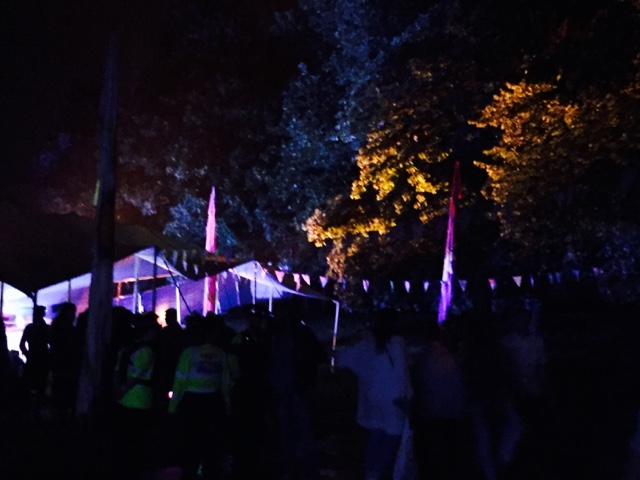 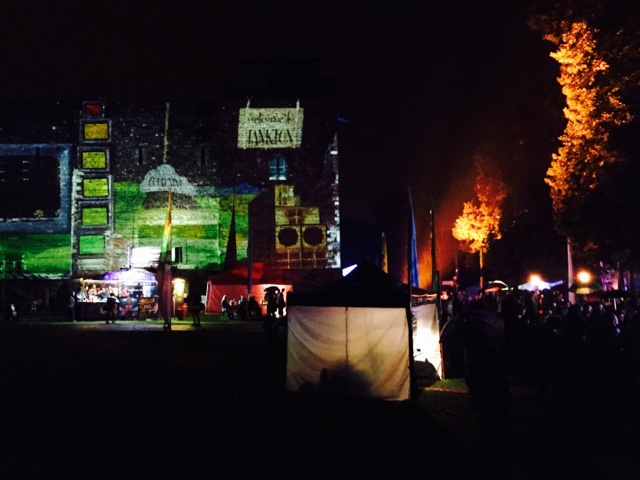 Many thanks to Sam Bear for the content & mapping & to Jonny for Daring to ask.  Another great #truebijou festival.
Light art bright art.
Because we can
@lighttart
www.astraldesign.co.uk
Can't resist a quick photo of chris tofu in full swing ! What a delight to see him supporting the event. 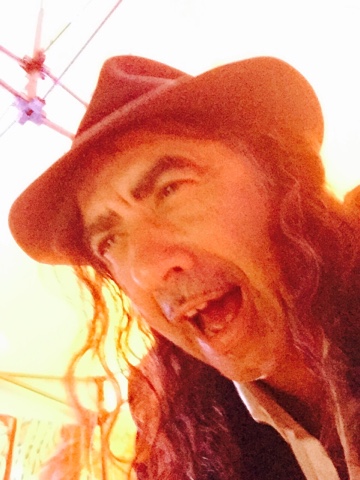 Dare to dream project travels the world with Astral

The first to dream this year was Teju Kareem @zmirrage in Lagos  Nigeria, Kareem wanted to celebrate the 80th birthday of Wole Soyinka poet laureate & recipient of the Nobel prize for Literature.
Not one to do things by halves Kareem dug out a 1000 seat amphitheatre in the bush behind Soyinka's home in which to produce the play  dance of the Forrest with a cast of some 500. 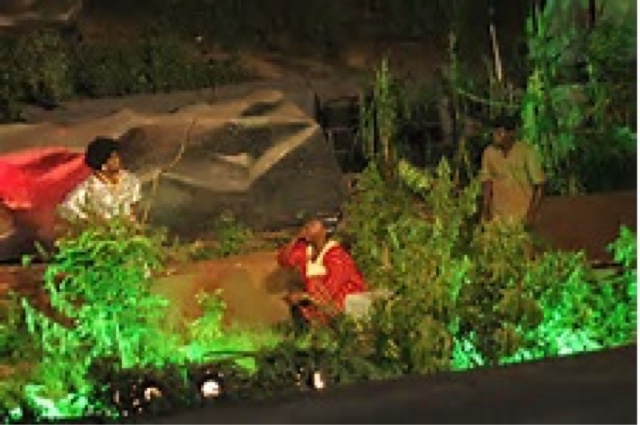 Kareem dared to ask me to fly out some projectors & a catalyst sytem with which to map the set pieces & a 40ft led screen sited up a mountainside.
This was undertaken here's  a few pics in the post, 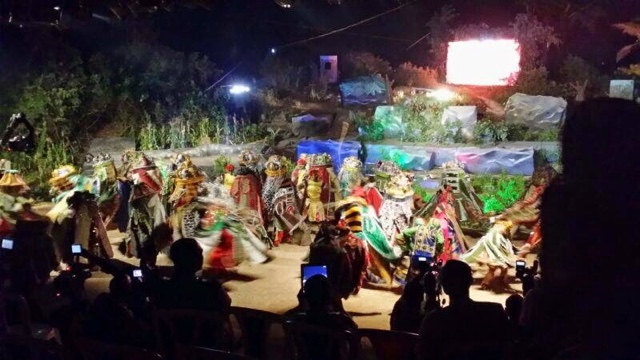 not many survive since during the production I was heavily sedated having contracted malaria, this is a phone snap of the mapping during line up , about all there is, the image spread over the rocks & that huge screen on the hill.

none the less I would not have missed the chance for the world & I look forward to the next time Teju Kareem calls me up with a new adventure.
Posted by Unknown at 09:21 No comments:

I was so lucky to be able to contribute during our uk winter to Castlemaine State Festival curtesy of Jimbelina of belt and braces productions in Victoria Australia.
Ive been flat out with uk corporate since my return & it's only now I have a chance to catch up mid festival season in a an unexpected break. It's a cracking festival - concentrating on some expectionaly creative contributions & genuinely from around the world, 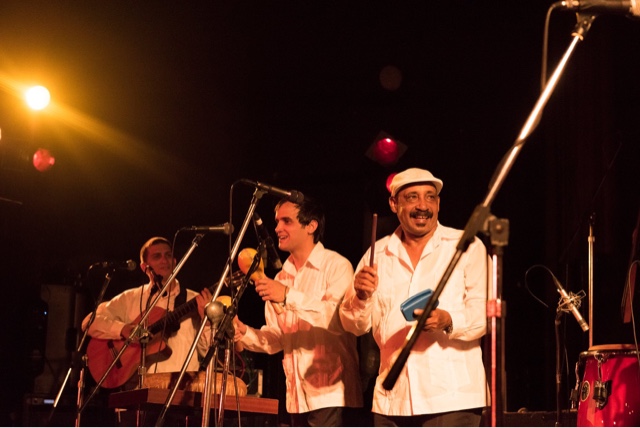 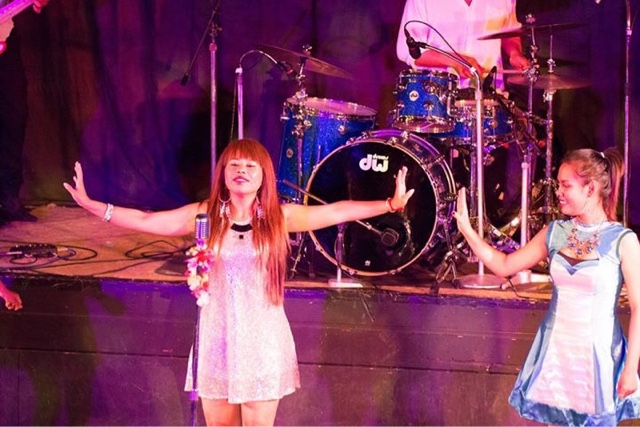 my only regret not being able to see too much due to my involvement. I was lucky enough to be involved  with the projection for this production - a magnificent site specific play with a video mapped set on the wall of the exercise yard of the old prison in castlemaine 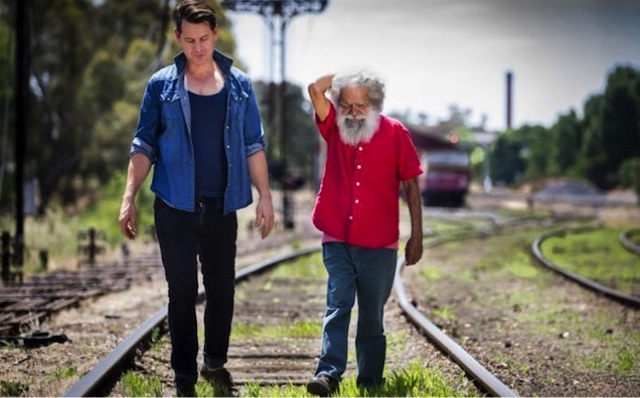 http://www.au.timeout.com/melbourne/theatre/events/14307/going-through
I was also resident LD the theatre royal too highlights being #cambodianspaceproject
Super #inspiring #trubijou #creative & caring  # world #community #festival in #victoria #australia.
Jim has posted this vid http://castlemainefestival.com.au/  I'm sure I have some I planning to go back to this biennial & to use it a springboard along with Jimbelina to launch my #becausewecan initiative in Australia during our winter here.
Posted by Unknown at 03:44 No comments: